The week’s been more down than up, I’m afraid…

rise and shine…
I’ve been getting up and going to be early all week. Suddenly, I can’t find one good reason for staying up past 11pm. Truthfully, I hope it continues. The extra sleep has been soo good for me.

flying solo…
Speaking of sleep, I realized last night that this has been a pretty lonely second trimester. The boy has been working long hours – up at 4:30 and in bed by 8 once he’s had dinner and packed his lunch for the next day. I actually had to text him and tell him how I’m feeling, since we haven’t had much opportunity to talk.

baby show fiasco…
Against my better judgment, I asked the boy to come to the Baby Show with me today. I wanted to look at a few items, get some info on strollers, and maybe find a sling/carrier for Peanut. Also, because we haven’t spent a lot of time together, I thought it might be a nice afternoon, just the two of us. END_OF_DOCUMENT_TOKEN_TO_BE_REPLACED

Pardon the disarray (and the blur); I actually hate messy selfies. I’m also rather chuffed in this photo, and I couldn’t begin to tell you why…

Burgeoning baby bump! I am 14 weeks this week. According to my pregnancy app, Peanut is actually the size of a peach. Mmm…peaches. Too bad I’m allergic. Boo.

the heavy…
I’m gaining weight in the rear, and I have no idea who these thighs belong to, anymore.

I measured myself the other day, and I’m 32 inches around the middle; hips are currently 38 inches. I bought a pair of jeans from AE the other day (I refuse to purchase maternity clothing) and they were a size 10. As evidenced from the photo above, my underwear still fits – and that’s about it. Shorts I wore about two weeks ago don’t make it over my thighs today.

TMI Alert: The ladybits are getting plump, too. I kid you not. I also had no idea it was possible to gain weight down there. END_OF_DOCUMENT_TOKEN_TO_BE_REPLACED

My clothes can’t keep a secret.

family…
We told the boy’s family yesterday. He’s going for hernia surgery on Monday, so he thought it’d be a good idea to get the fam together and announce the news of the pregnancy and see everyone before he went under the knife. Again, my choice of loose attire gave me away – who knew I was such a fangirl for tight clothing ? – his niece Christina sensed that I was about to drop the baby bomb after spying my blue dress. The news went over well, anyway. His mother congratulated us, claimed she already knew, and then was upset because we hadn’t told her before…her baby boy is having a baby. She was hurt. So emotional, that one. Sweet lady, though.

After the family reveal, I headed to Brampton to see my dear friend Radmila and her husband. They’re like family to me, and they were having their annual summer shindig on the same night as the boy’s family do. I’d originally said I wasn’t going to make it, but seeing that my afternoon ended early, and I had news to share, I hopped in the car and headed north.

As I pulled up, I could hear the music blaring. I opened the door unannounced and made my way to the kitchen, where I knew all of the wives and womenfolk would be congregated. Radmila and her friend Karla spotted me at the same time. Karla’s mouth dropped open, and Radmila said, “so, do you have something to tell us?” I spent the night sharing the news with various guests I haven’t seen in a while. I was truly warmed by all of the congratulations. END_OF_DOCUMENT_TOKEN_TO_BE_REPLACED 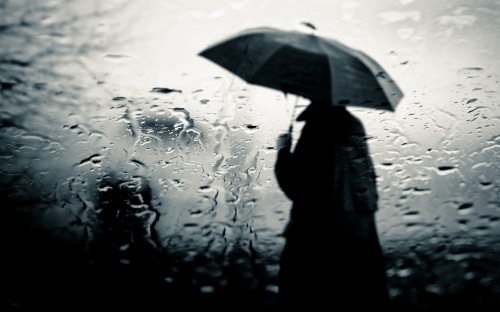 The weather this weekend was gorgeous; the image illustrates my mood.

a big turnout…
Saturday was Donte’s funeral. It was a massive turnout. Everyone was there. I t was supposed to start at 10; I got there early and could barely find a place to sit. By the time the service started, it was standing-room only. People were still coming after it began, and they were forced to stand outside. It was a beautiful service and a beautiful day. It was both the loveliest and saddest thing I’ve ever been to in my life.  Short sentences. What more can I say?

…and a belly to match
I thought I was slick wearing a loose, blousy top to disguise the pregnancy. Black is supposed to be slimming, right? Boy, was I wrong. All weekend my big belly was big news. END_OF_DOCUMENT_TOKEN_TO_BE_REPLACED

Bits ‘n’ Bites. My favourite snack as a kid.

weighing in
Yesterday marked the start of my eighth week of pregnancy. According to the pregnancy app, my little one is now about the size of a raspberry, and weighs less than half an ounce.

penny for your thoughts
The boy and I both have a lot going on right now. His recent hernia diagnosis, his impending surgery, this pregnancy and a lack of freelance work coming my way. We’re both stressed and a little testy, but it’s interesting to note how differently we deal with things. He bottles up and boils over, whereas I try not to dwell, because then whatever I’m worried about festers and grows into something much bigger than it is. And he thinks that because I’m not outwardly grumpy (until I’m around him, funny that), it means that I’m not taking things seriously. Worry doesn’t change a damn thing, I told him, so I don’t much care for doing it.

mean but oh, so funny
There’s dog shaming, cat shaming and, really just pet-shaming in general (here and here). However, this one, which is kind of like kid shaming, is the best yet. What started as a blog turned into a viral phenomenon and quickly took off (resonating with parents of toddlers everywhere, no doubt), spawning  this book.

(I could totally see myself doing something like this to my kid. Poor thing).

OT: thoughts on the trayvon martin fiasco
I really haven’t said much about the case over the last few weeks, and now that the verdict has been handed down, I still don’t have much to say. It’s disappointing, but not surprising. It also makes me worry about raising a little boy child in this day and age. If I had a boy, my son would most likely be rather fair-skinned (and perhaps not even immediately recognizable to some as half-black), but there’s a chance he could be closer to brown, like me. And maybe when he’s older, and he’s somewhere, at some time (perhaps the wrong time), something akin to what happened to Trayvon Martin could happen to my him. How would I explain this to a child? END_OF_DOCUMENT_TOKEN_TO_BE_REPLACED

Miscellany. This ‘n’ that. You know, just…stuff.

almost 100% positive
I went to see my GP on Thursday. She was surprised to see me, as I just had a physical not too long ago, and last week I’d gone in for a consult on an ingrown hair that had got a little out of control. “You’re back again? What now, girl?”

I told her about the missed period and the positive pregnancy test. “You don’t say?” She exclaimed. Her reaction was like that of a proud aunt. She chattered away excitedly while she filled out the requisition for a blood test and offered an early, but sincere congratulations. Twenty years this woman’s been my doctor. She’s been through a lot with me. As I left her office, lab paperwork in hand, I realized that I’d actually been excited to tell her.

there’s an app for this, natch
I spent the week researching and downloading pregnancy apps. A lot of them are free, and a lot of them are garbage. After loading and deleting several, I settled on the Health & Parenting app, and I think I’ll stick with it. It’s colourful (I’m a magpie), informative and by far the easiest to use. A few simple information inputs, and it calculates things like due dates, and devises a timeline of essential milestones to be aware of. There is a section for mommy (that’s me!), baby, an appointment tracker thingy, tons of infographics and day-by-day illustrations/2D/3D images of the baby at various stages, what it looks like and how big it is. END_OF_DOCUMENT_TOKEN_TO_BE_REPLACED